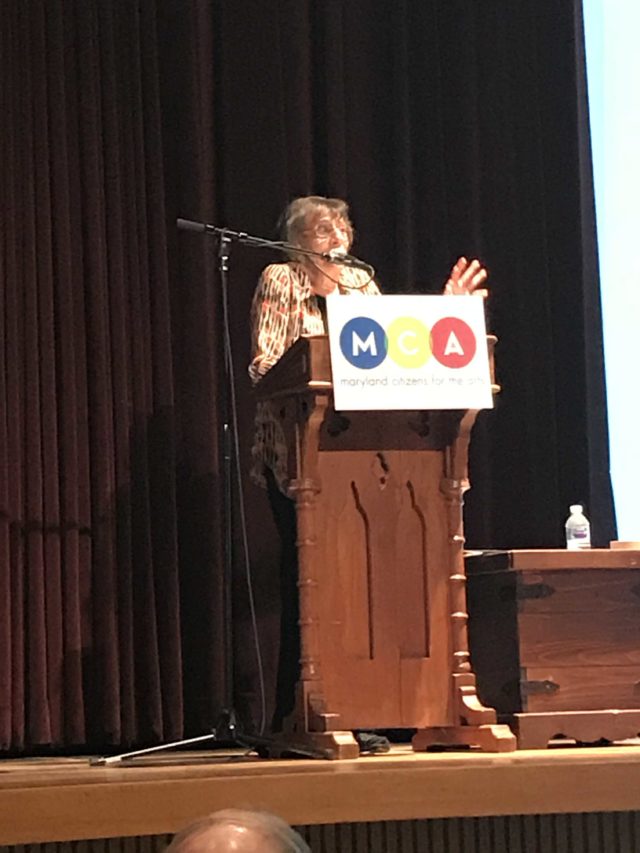 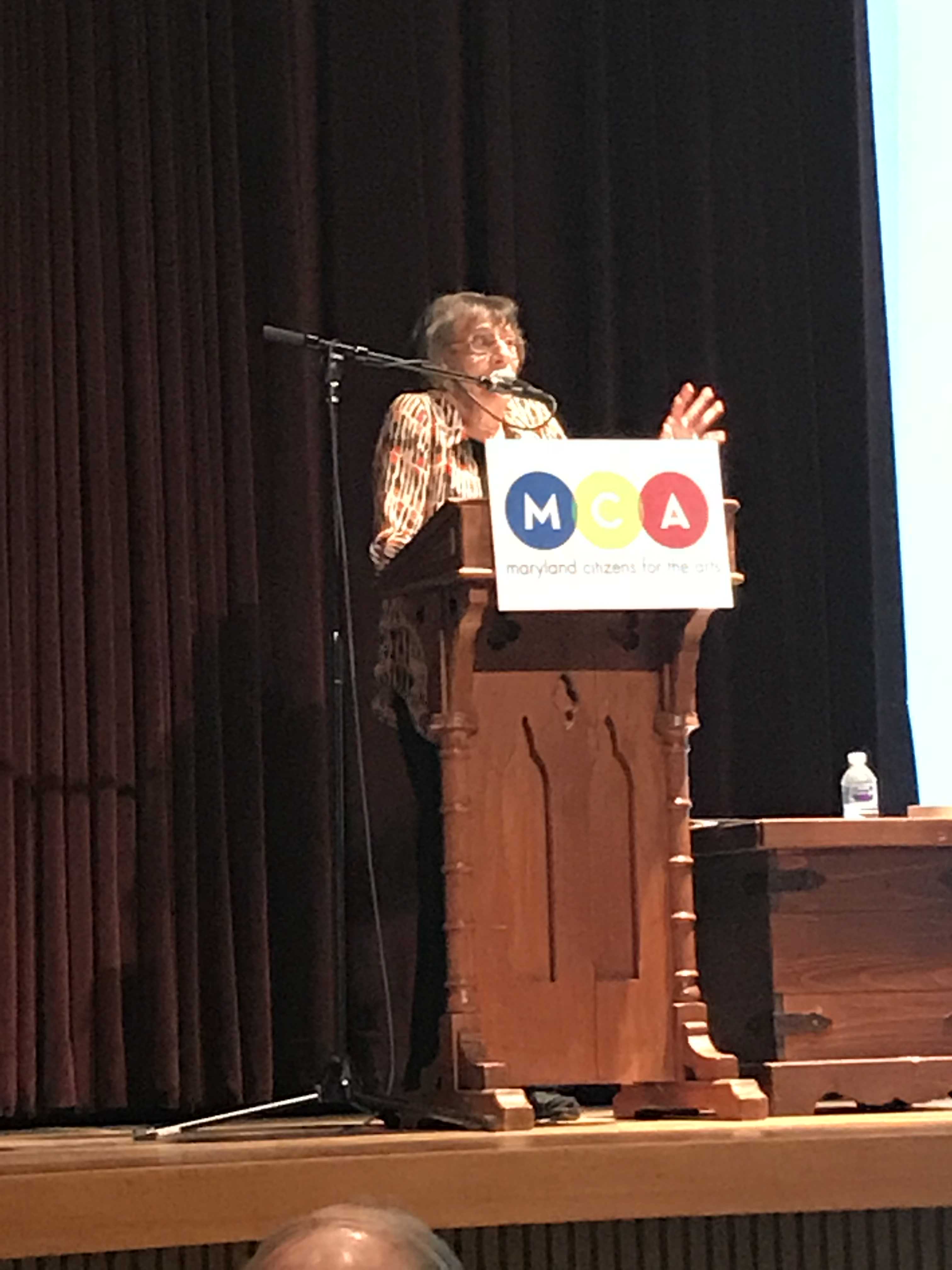 ONE VOICE FOR ALL THE ARTS IN MARYLAND

Enthusiastic Residents and staff of RPP attended this year’s annual Maryland Arts Day at St. Johns College in Annapolis, which is sponsored by Maryland Citizens for the Arts. In attendance were a record number of over 700 advocates, all connected in some way to the arts. Educators, non-profit arts organizations, cultural groups and participants in the visual as well as the performing arts were there. They came from every county in the state, determined that Maryland will continue to be the best art state in the country!

Roland Park Place is lucky to have Resident Sue Hess, an ardent advocate for the Arts in Maryland. Over 40 years ago, Mrs. Hess, along with Frank Murnaghan, longtime Chairman of the Walters Art Museum, founded Maryland Citizens for the Arts.

The day started with opening remarks and greetings from elected officials. The National Award for State Arts Leadership was awarded to Maryland Governor Larry Hogan, who has worked closely with Sue Hess over the years in support of the arts in Maryland. During his term the state arts council has seen a 50 % increase in state funding for the arts and now has an annual appropriation of over $20 million

Next on the agenda was Sue Hess presenting the “Maryland Arts Advocate of the Year Award” to Sandy Oxx, who for the past 37 years has had a career in the arts. For two decades she served as Executive Director of the Carroll County Arts Council and is best known for creating the PEEPshow, creative masterpieces, made entirely from marshmallow peeps.  This show magically earns more than $85,000 annually, which helps underwrite arts programs throughout the year.

The superb keynote speaker was Adam Lerner, Director and Chief Animator of the Museum of Contemporary Art Denver.  He wowed the audience with his innovative and unique approach to museum programming, which combines curatorial, educational and artistic production.

The second half of the day was spent attending the many delegation rooms where the 700 attendees met with their local legislators. Our huge Baltimore City contingent was greeted by Antonio Hayes from the 40th district, Keith Haynes from the 44th district, Maggie McIntosh from the 43rd district, and Mary Washington from the 43rd district. A standing room only group from Baltimore City met with our own legislators to discuss individual agendas and advocate for funding for the arts.

A huge thank you goes out to Sue Hess for including all of Roland Park Place in this important event.

RPP Residents Knit Hats For Newborns At Hospitals For The American Heart As...
Scroll to top